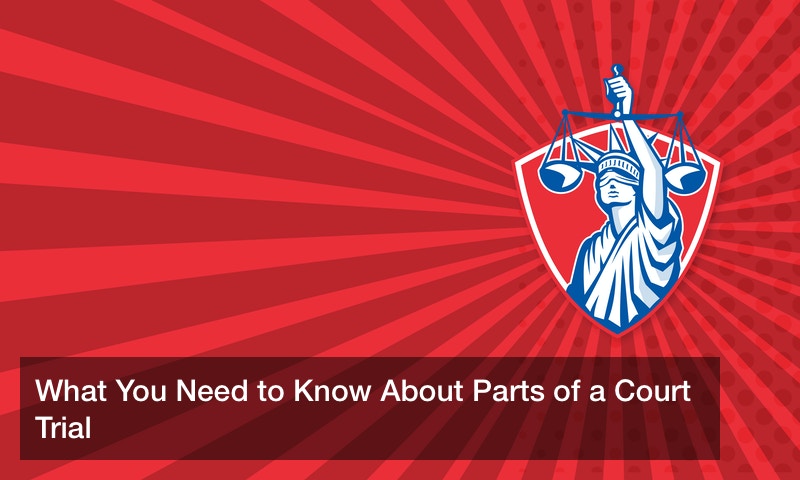 If you are preparing for a trial, learning the parts of a court trial can help you to prepare better. Most trials, regardless of which type it is, will follow the same process.

Of course, your lawyer is the expert that can best take you through all the parts of a court trial and what happens at each step. You shouldn’t take this article as legal advice as the best way to get that advice is always to consult your lawyer. However, educating yourself on the basics of the parts of a court trial will help to ease some of the stress and then you can formulate the in-depth questions that you need to ask your lawyer.

How It All Gets Started

The judge or magistrate will read your charges to you and inform you about the penalty you are facing if you are convicted of those charges. Once this arraignment is done, you will be returned back to your cell. At this point, you or your family can start contacting bail bond agencies.

At this point, typically, you will not have a lawyer present, unless you have already hired one. Keep in mind you should not take legal advice from anyone but a lawyer, not even the bail bond company. Not having a lawyer present at your arraignment will mean not being able to request a bail reduction amount. To get out of jail you will need to make arrangements with a bond agent.

Once you have made bail, you will be able to leave jail and help your attorney prepare for your trial. The first parts of a court trial are usually done outside the courtroom.

The first parts of a court trial are largely a paperwork shuffle between the defense, prosecutor, and the court. As a side note, the “pleading” stage is relevant to both civil court and criminal court. This is the phase when:

Pleadings are the parts of a court trial where all the formal paperwork for the trial is managed. The next stage is the pre-trial stage.

One of the most critical parts of a court trial is the pre-trial phase. During this phase of the trial, there is a lot of preparation work done to ensure that the trial runs smoothly and the best possible outcome is achieved.

These parts of a court trial are a little different if it is a civil case. During a civil case, this is the phase where more facts about the case are gathered. Witness statements are collected about things like collision repairs, what the witnesses have seen, and other evidence is collected.

For example, let’s say that you were in a car accident. You were hit while stopped at a red light, but the other driver insists that the light was green and you were on your phone and did not look when you pulled out.

The pre-trial phase would collect statements from the people that saw the accident, the collision repair center that evaluated your vehicle, the police report, the doctors that treated you, and any other relevant party that could support your claim.

In a criminal proceeding, there are parts of a court trial in the pre-trial stage that is similar to a civil matter and the goal is the same. Your lawyer wants to prove that you are right and what the other side is saying is wrong. Except in a criminal trial, it is not about money. It is about your freedom.

There is a lot more leeway in what evidence can be collected and shared in a civil trial when compared to a criminal trial. In both cases, there will be a motion for summary judgment during the pre-trial phase. This motion is presented to the court and the judge decides if there is enough evidence to even proceed to the full trial phase.

Part of the pre-trial phase in a criminal matter (and civil matter) is dedicated to “discovery.” Discovery is a sharing of evidence. In other words, let’s say you bought repairable salvage SUVs for sale, put the work in, and resold them. Then let’s say that someone had an accident in one of the SUVs that you sold. The driver tried to put the blame on mechanical failure which would make you a party to the court case, but the “discovery” that is shared shows that the driver was intoxicated at the time of the accident. That would mean there was no evidence of mechanical failure but evidence of driver error. Discovery is one of the most important parts of a court trial. It allows your lawyer to see what evidence the other side has of their claim.

Now, let’s say this is a criminal proceeding. The discovery would contain any evidence that the prosecutor has about your involvement in the crime that you are being charged with. Your attorney will pick apart this evidence methodically and be able to give you a much better idea as to where you stand legally.

During the pre-trial parts of a court trial, there are also discussions held about potential plea bargains. Typically the prosecutor will “make an offer” that is good until the trial phase actually begins. The offer will usually be for a lesser amount of jail time or a combination of jail, probation, and restitution if the defendant agrees to plead guilty.

The final stage before the actual trial is the pre-trial order. The pre-trial order is handed down by the judge and gives both parties the information they need about the trial such as dates and times.

No matter what the case, a trial is always a possibility. For example, if you are a defendant in a criminal proceeding and you maintain you are innocent and do not accept any type of plea deal, then the only resolution is to go to trial.

Even in some adoption cases, a trial will determine the outcome. While most civil cases never make it to trial (about 96% are settled before trial) it is still possible to have a trial for civil cases. The first step in every trial is to decide whether it will be decided by the judge or if there will be a jury in the trial.

If the latter is the chosen model, then the first step in the actual trial will be to choose a jury. You are entitled to a jury trial to be judged by a panel of your peers. One of the most important parts of a court trial is choosing the jury.

Both sides get to ask questions and disqualify jurors. Each side works very hard to choose jurors that they believe will be sympathetic to their cause. Once the jury is chosen the trial can begin.

The next step in the trial process is opening statements. Each side gets to address the jury and briefly explain their side of the story. This is another one of the most important parts of a court trial. That first impression among jurors is a very important impression.

Remember, the “burden of proof” relies on the prosecution in both civil and criminal cases, although the rules are much looser when it comes to “reasonable doubt” in civil cases. The prosecutor always goes first in a criminal proceeding and the plaintiff always goes first in a civil case. That means that the prosecutor and the plaintiff in civil cases get to explain their side and present their evidence first since they are bringing the claim.

The plaintiff or prosecutor will present their case to the jury and will likely call witnesses. They may also call in experts, present visual evidence, and more. The defense will have an opportunity to cross-examine any witnesses.

One of the last parts of a court trial, when the lawyers get to speak, is during the closing arguments. Each side will summarize and repeat what the jurors hear in support of the case as presented by each side. Closing arguments are often impassioned please for either conviction or innocence. Often the defense will remind the jury of their commitment to find a verdict based on “beyond a reasonable doubt”.

Depending on the case, and the amount of evidence presented in the case, a jury can take anywhere from a few hours to a few days to agree on a verdict. Sometimes the jury will ask for something to be explained or they will ask to revisit some evidence.

In most cases, the jury is permitted to leave the court and go home for the night, but in some high profile cases, the jury is sequestered to ensure that they are not influenced by media or others. When a jury is sequestered they are put in a hotel by the court and guards are posted to ensure that they do not leave and do not have conversations with anyone but other jurors.

Attorneys and other interested parties are not required to sit in court while the jury deliberates. They are put on a recall order, which means they will need to remain close by and return to the court when they are summoned for the reading of the verdict.

One of the parts of a court trial that is highly anticipated by all sides is the reading of the verdict. During this part of the trial, the entire jury files back into the courtroom and the foreperson will read the verdict out loud.

The jury is then thanked for their service and free to go. Sentencing typically takes place immediately following the jury verdict and is imposed by the judge. In other cases, sentencing is put off while the judge collects more information or when a motion is filed to do so by the defense.

Last Parts of a Court Trial

The very last parts of a court trial are all about sentencing. This is where a defendant will find out what their punishment will be for their conviction, and in civil trials, this is where the award is made if it was not made by the jury.

Of course, sentencing is only pertinent if a guilty verdict was returned. The defense can argue for a lighter sentence while the prosecutor in most cases will fight for a tougher sentence. The judge ultimately gets to decide.

Post trial (after conviction) defense lawyers can appeal the decision of the court and take it to the higher court. In some cases, starting the imposed sentence can be delayed while the appeal process plays out. In many civil cases, the defendant will file an immediate appeal to not have to pay out the money.

There are many parts of a court trial. It can take months to years to get through all the parts. 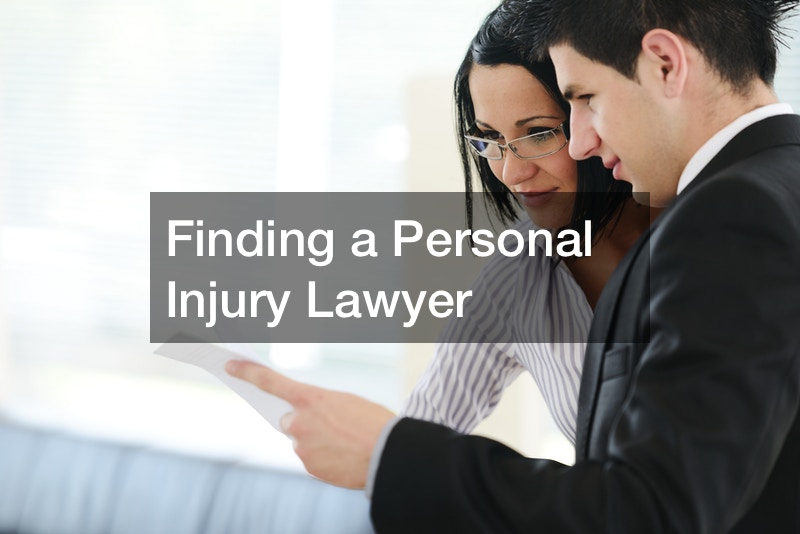 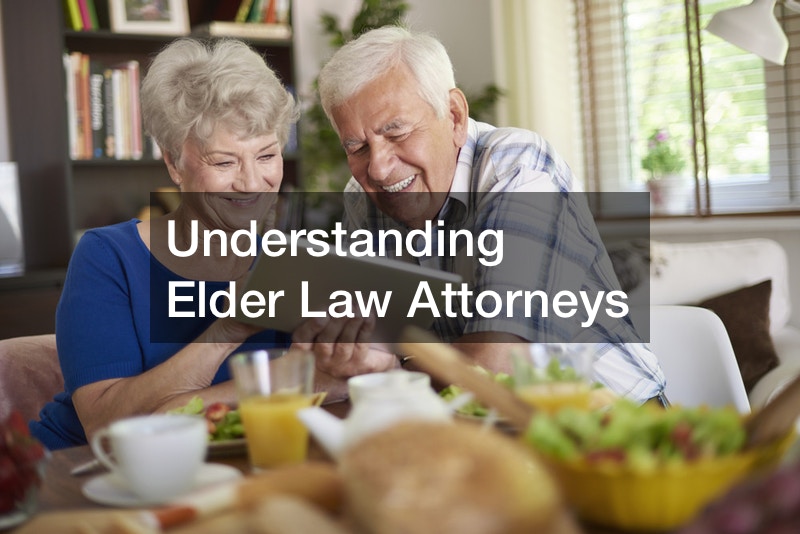